This Wire is part of our new EDP Wire Series featuring the contributions of our joint EDP policy paper. Once a week, you are invited to read a new article on one of the key issues that democracy promotion is currently faced with. This week, Johannes focuses on rebuting the alarming notion of a global democratic rollback. He shows us that there is no general rise in autocratic regimes, but worrying developments indeed with regard to the quality of democratic regimes world-wide in terms of political rights and civil liberties. In the following weeks, we will furthermore answer the question about what we should do with regard to shrinking civic spaces all over the world, and where the formerly major democracy promoters as well as the different world regions stand with regard to democracy promotion activities and (non-)successes.

The debate on the current state of democracy in the world centers on two prominent questions. First, has the global spread of democracy that characterized the decades from the mid-1970s to the mid-1990s given way to a reverse wave of autocratization? Autocratization, in this context, means a regime change from a democratic to an autocratic one. The second question focuses on more fine-grained and small-scale changes. Here, the question is whether we are seeing a global trend towards democratic backsliding, a gradual loss of democratic quality.

This chapter shows that the empirical evidence does not support the alarming notion of a global democratic rollback. When it comes to the issue of gradual democratic backsliding, the picture is mixed but certainly worrying: While there does not seem to be a negative trend in the electoral component of democracy, most democracy indices report a recent decline that particularly concerns civil liberties and the rule of law. This decline is still fairly recent and gradual only, but it clearly suggests a break with the positive global trend of previous decades. And, as I argue in the conclusion, this trend reversal has important implications for the future of democracy promotion.

In the last one and a half decades, however, observers and scholars have increasingly stated that we are seeing a “resurgence of authoritarian states” and a “democratic rollback.” Focusing in particular on China and Russia, a return of “authoritarian great powers” has been detected, which is seen as both representing and further driving a broader trend of authoritarian reversal.[2] In fact, Larry Diamond identifies 25 cases between 2000 and 2014 in which democratic regimes have actually broken down, such as Russia in 2000, Venezuela in 2004, Kenya in 2007, Nicaragua in 2011, the Ukraine in 2012, and Turkey or Thailand in 2014.[3] So, are we seeing a global regression of democracy that is being driven by an autocratic reverse wave?

It has to be emphasized that the Geddes et al. data set only covers the years until 2010 and may, therefore, miss some recent trends. However, more recent studies of the global state of democracy and its evolution over time have come to a similar conclusion: We are simply not observing a net reduction in the number of democracies in the world, nor is the global share of democratic regimes or the percentage of the world population living in democracies shrinking.[5] While the autocratization of prominent and also strategically important countries – most notably Turkey under Erdoğan and Russia under Putin – might create a different impression, these and other cases of democratic breakdown are counterbalanced by reverse trends in other countries. The prominent cases, as worrying as they are, provide a misleading picture on a global scale. The democratic rollback is fragmentary and scattered, but there are no signs of a current autocratization wave. In fact, for the time being, democracy is proving to be more robust and resilient than recent gloomy perspectives indicated. While the democracy of today faces many challenges and, without doubt, there is room for improvement, democratic regression is a myth.

Currently, public discussion of democratic backsliding is shaped by the prominent examples mentioned above. Recent developments in the United States in which President Trump is violating democratic norms, attacking free media, and treating political opponents as illegitimate (and even criminal) are being discussed in this context (see Poppe in this report). The importance of these cases and constant media reporting of these worrying developments have led to pessimistic conclusions about the state of democracy. Are these conclusions based on firm ground, or are we only extrapolating an apparent trend from prominent cases?

The empirical picture is rather mixed. Systematic comparative studies come to a nuanced result when assessing the seeming loss of democratic quality worldwide. When looking at the scope of the phenomenon, most leading international datasets agree that recent years have been characterized by a remarkable trend reversal. In the ranking of the influential think tank “Freedom House”, 2017 was “the 12th consecutive year” in which “countries that suffered democratic setbacks outnumbered those that registered gains.”[6] According to another set (V-Dem), the trend to democratic backsliding has also accelerated in recent years, but the number of countries backsliding has remained lower than the number of countries with advanced democracies – until 2017, when for the first time since 1979 these numbers were the same. This trend becomes even more strongly negative when the different sizes of the countries affected are taken into account: In 2017 “democracy has declined in countries home to one-third of the world population – or 2.5 billion people.”[7]

Yet, it is important to note that the overall decline has remained quite modest and has not affected all components of democracy equally. First, according to the different rankings, recent losses do not imply a return to some distant past but typically mean that the global state of democracy is again as “bad” as it was around the turn of the century. Compared to the high hopes and near euphoria that culminated in the end-of-history thesis, these developments are worrying. Yet, I warn against prematurely overstating this short-term trend. Second, it is declines in specific components of liberal democracy that are driving the recent trend to democratic backsliding. Notably, existing indices do not observe a decline but rather continuity, if not continuing improvements, in the electoral component of democracy. Recent losses in democratic quality are mostly seen in the area of civil liberties and the rule of law.[8] A particularly notable element is the spread of increasing restrictions on the freedom of assembly and association (see Poppe/Wolff in this report).

In sum, we are currently facing a global situation characterized by a more or less short-term and modest decline in democratic quality, particularly in the field of civil liberties. This recent trend has put a halt to – and has started to reverse – decades of democratic advances. The period of continuous advancement that started in the late 1970s is clearly over and has given way to a new period of heightened uncertainty over the state and future of democracy. Yet, it is still too early to say whether the world has entered a period of global democratic backsliding, or whether we are rather witnessing merely a few years of democratic stagnation.

Conclusion: What does this mean for democracy promotion?

What are the consequences and implications of this empirical picture for the future of democracy promotion? Today, democracy promotion is facing an enormous challenge. It is becoming increasingly difficult to identify and spot the concrete needs for democracy promotion as the dividing lines between democratic and autocratic regimes become blurred. In particular, illiberal democracies are growing in number. While still maintaining the electoral core of democracies and therefore fulfilling minimal definitions of democratic rule, they are gradually undermining political participation rights and civil liberties. These regimes rely on formally democratic rules and structures, but are increasingly expressing them in authoritarian practices. This process represents not only a gradual decay of democratic quality, but it also involves a very subtle hollowing out. Democracy promotion needs to react to this subtlety that often goes unnoticed at the beginning. This need makes in-depth local knowledge indispensable. Analytical precision is needed today to stop the ongoing loss of democratic quality in some countries. As I have shown, from a global and long-term perspective these democratic backsliding processes are not as dramatic as some comments suggest, and an outright wave of autocratization cannot be detected. Yet, democracy promotion clearly faces new challenges. That key democracy promoters and former democratic role models like the United States are beginning to lose their global credibility and integrity and that the European Union is rightly criticized for double standards is making the current situation even more difficult (see Grimm and Poppe in this report). 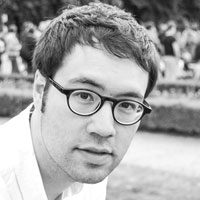