Under the direction of two of our network members, Sonja Grimm (University of Konstanz / University of Basel) and Annika Elena Poppe (PRIF), the EDP network organized a workshop on January 17–18 on “Why to fight against dictatorship at high personal costs? Studying political activism and its leadership in autocracies” at the Peace Research Institute (PRIF) in Frankfurt. We were happy to discuss the complex aspects of (leadership of) political protests and political activism in autocracies with 18 international scholars in five different panels.

In the introductory panel Pro-democracy activism and its leadership in autocracies, Sonja Grimm (University of Konstanz / University of Basel) offered an overview of the current state of the art. She identified an important research gap concerning pro-democracy activism in autocracies: the psychological dimension of group mobilization. This far neglected factor would complement research on political opportunity structures, network mechanisms and leadership personality.

The subsequent panel Mobilizing for democracy: causes and consequences focused on large-n and quantitative analysis. Sebastian Hellmeier (University of Konstanz) demonstrated that pro-government protest increases the likelihood of protest escalation both among supporters and adversaries of an incumbent autocratic government. On the basis of field experimental evidence from Zimbabwe, Anselm Hager (born Rink) (University of Konstanz) showed how higher employment rates – contrary to common expectations – might increase anti-government mobilization. A third presentation completed the panel with further empirical insights on Zimbabwe’s pro-democracy movements.

In the panel Revolutionary mobilization: colour revolutions and Arab spring, Abel Polese and Donnacha Ó Beacháin (both Dublin City University) looked for the common denominators of post-2000 revolutionary pro-democracy movements in Central and Eastern Europe vs. the Arab world. In their presentation, they highlighted the importance of institutional factors such as the design and quality of the incumbent authoritarian regime as relevant for successful or failed anti-government mobilization. Ivan Gomza (National University of Kyiv – Mohyla Academy) drew our attention to the triggering effect of so-called “moral shocks” while Dina El-Sharnouby (FU Berlin) focused on the quest for citizen rights to explain why revolutionary pro-democracy mobilization occurs. Olena Nikolayenko (Fordham University New York) analyzed the participation of women in Ukraine’s 2004 and 2013-14 revolutions.

Building on our previous insights, contributors to the panel Pro-democracy activism in Central and South Eastern Europe investigated most recent cases of pro-democracy activism. Michal Vašečka (Bratislava International School of Liberal Arts) and Viera Žúborová (Bratislava Policy Institute) used the example of Slovakia, Danijela Majstorović (University of Banja Luka) and Bedrudin Brljavac (University of Sarajevo) of Bosnia and Herzegovina to show how (the threat of) gross human rights violations and moral shocks incite pro-democracy activism. Ajan Shahini (Martin-Luther University Halle) complemented the panel with an analysis of the student movement that triggered political transition to democracy in Albania in 1990/91.

Having discussed and compared democratization protests and their mobilization in Central and Eastern European countries as well as in Asian and African countries, the workshop participants concluded that moral shocks and persistent human rights violations motivate political action despite high risks. In addition, institutional (such as the type and shape of authoritarian rule) and economic factors (such as employment rates and education levels) were considered important drivers for political activism in autocracies. We concluded that generalizations beyond single cases are urgently needed to explore and explain pro-democracy activism more comprehensively. It was suggested that such generalization should not only transcend the single empirical case, but also the emerging divide in comparative research tending to focus either on activism in democracies or in autocracies, instead of combining both within one research framework.

Overall, the workshop offered much-welcomed space to further develop theoretical questions and research designs and to present research projects. It was also a great opportunity for scholars all over the world working on similar questions to get to know one another and benefit from each other’s insights. Participants agreed to keep in touch and share their work in the future. 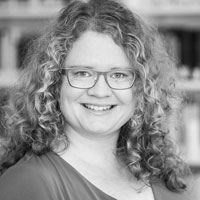