This EDP Wire was developed as a contribution to the EDP co-sponsored event on “Concepts of Peace and Peacebuilding: Europe and Beyond” on March 7 in Erfurt in lieu of a presentation by Tobias Heider[1], Advisor on Security and Defence for The Greens in the European Parliament. Heider, who is working on the practical dimension of EU policies since 2004, argues that on the operational level, the EU has not yet fully developed a peace or peacebuilding policy. Nora Berger-Kern, web editor for the EDP network at PRIF, helped with the further development and writing of this contribution.

Since the early nineties, when the European Union (EU) emerged, there were just a few relevant operational actions in the fields of the organisation of peace talks, the design of peace treaties, the deployment of peace-keepers, or the enforcement of peace agreements in a military way or through other coercive measures such as economic sanctions.

Empirically, only a few examples in regard to the classical and narrowly defined peace actions by the EU can be observed: between 1992 and 1994 in Bosnia, several EC/EU designed peace plans failed[2], in 2001, the EU played a major role in the Ohrid Framework Agreement in Macedonia, which was achieved in part due to the diplomatic intervention of Javier Solana, former High Representative of the Union for Foreign Affairs and Security Policy, in 2005, the EU supported former Finnish President Martti Ahtisaari in concluding the Indonesian Aceh Peace Agreement[3], and in 2014, the EU supported the compliance of the Minsk Agreements through economic sanctions targeting exchanges with Russia as a response to the illegal annexation of Crimea, though they were not well-respected.

In recent years though, it has become increasingly difficult to find examples of the EU brokering peace agreements or engaging in classical peacekeeping and enforcement. It is particularly striking that there is no EU action to be found regarding the major conflicts of our time in Iraq, Syria, Libya, Yemen, Afghanistan, or Southeast Turkey. The question is what the EU can do to address these conflicts.

In theory, the EU is supposed to be an effective and liberal peacemaker: the so-called primary law obliges the EU – according to Article 21 of the Lisbon Treaty[4] – to preserve and prevent conflicts. The treaty, more precisely Article 43(1), contains provisions to plan and conduct peacekeeping, peace enforcement operations – the so-called Petersberg Tasks[5], which include “[…] joint disarmament operations, humanitarian and rescue tasks, military advice and assistance tasks, conflict prevention and peace-keeping tasks, tasks of combat forces in crisis management, including peace-making and post-conflict stabilisation” (TEU Art. 43.1). However, these treaty provisions did not lead to the creation of a European DPKO structure and concrete action, but rather to only a few training missions and warship operations against pirates and traffickers, which did not tackle the root causes of the conflicts.

Besides the primary law provisions as seen in the Lisbon Treaty, there is the so-called secondary law which includes regulations, Council directives, recommendations, opinions, and decisions which could help the EU’s policy makers to promptly react to violent conflicts, and the EU as an institution to become a role model on the operational level. Besides, there are funds which the EU could use to become a credible and effective peace and peacebuilding actor.

As regard to the secondary law, since 2007 (and in particular since 2014), the EU has created a tool called Instrument contributing to Stability and Peace (IcSP).[6] The instrument consists of a fund of EUR 2.3 Billion for peace and peacebuilding measures and related actions and enables the EU to respond to complex and hybrid conflicts and challenges to peace. The IcSP can be used in a huge variety of action in relation to “(1) crisis response, (2) conflict prevention, peace-building and crisis preparedness, as well as (3) response to global, trans-regional and emerging threats”[7]. Examples of the IcSP measures are: reconciliation, mediation and dialogue, transitional justice, Disarmament Demobilisation Reintegration (DDR), Security Sector Reform/good governance in the security sector and related public administration, help to former combatants and their families (in particular child soldiers), measures against spread of small arms and light weapons (SALW), mine action, and remnants of war, the enforcement of UNSCR 1325 (Landmark resolution on Women, Peace and Security), assistance on CBRN (Chemical Biological Radiological Nuclear agents) defense including export and control, counterterrorism and organised crime/criminal justice approaches, and also climate and cyber security.

Though the fund is created to tackle a wide mix of measures, it has never received a lot of attention on the political level or by the leadership of EU institutions. What is missing is a clear strategy and a set of priorities regarding regions, countries, and sectors. The map[8] published by the European Commission and the Service for Foreign Policy Instruments (FPI) showing the variety of small IcSP-projects all over the world is a good example for this issue. Though individual projects are not to be underestimated, the entire policy is far from having an impact like the one the Aceh Peace Agreement or the Ohrid Framework Agreement had on the related conflicts. In comparison to those agreements, the new IcSP approach is rather fragmented, there are little to no synergies.

In fact, conflicts and war-torn countries like Iraq or Syria need different conflict consolidation strategies. One proposal is to focus on sectarian and inter-community tensions within the countries. The deployment of hundreds of mediators to places like Mosul could help break the cycle of conflict which, experts say, has not been broken yet, making it very likely that violence and conflicts re-emerge soon. A recurrence could also include a renewed strengthening of terror organizations such as the so-called “Islamic State”. Instead, the EU is focussing on an advisory mission at police headquarters in Baghdad. While this might make sense in the short term, it barely helps to ease inter-community tensions and foster peace.

Besides the Petersberg Tasks and the IcSP, there is a new instrument in the making: the “European Peace Facility”,[9] a EUR 10 Billion intergovernmental (not EU budget) fund for supporting the African Union but also for global peace support operations, the financing of EU military operations, and the provision of military equipment to partner countries’ armed forces in the context of training missions. Interestingly, in the Draft Council Decision establishing the European Peace Facility, the project is not that much about peace and peacebuilding in the proper sense of the words. Rather, it is a mixture of peacekeeping, other military operations in the context of crisis management and evacuation, and some rather old-fashioned train and equip measures.

The treaty provisions mentioned above are a good start and in line with liberal peace, but not really implemented during the last years. In reality, the IcSP is quite a modern and progressive measure and suitable for the 21st century’s hybrid peace but it lacks a strategy regarding what to prioritise and where to start. The European Peace Facility on the other hand is somewhere between the liberal peace architecture and the former hegemonic attitude.

Lastly, it should not be forgotten that the European Union received the Nobel Peace Prize in 2012 “for over six decades contributed to the advancement of peace and reconciliation, democracy and human rights in Europe“.[10] Unfortunately, the same EU enlargement – probably being its most powerful and comprehensive peace policy – is under threat nowadays. During the last European election, the European Peoples Party (EPP), and in particular President of the European Commission, Jean-Claude Juncker, declared a 5-year enlargement halt for the current legislative term. This led to a slowdown of the transition of the Western Balkan, to more autocracy and foreign influence. Until now, the EU has not recovered from this sudden change of policy, it has lost its main incentive. Corrupt elites are becoming more and more powerful, the strategic vacuum is filled with ethno-nationalistic ideology, borders are being questioned, and Russian, Chinese and Turkish influence continuously grows. Only recently, a few EU governments, the French, German and Dutch, further weakened the EU enlargement and peace policy when postponing the decision to start accession negotiations with North Macedonia after the country reached an historic (Prespa) agreement with Greece, which had blocked the candidate country since 2005.

To overcome these obstacles in the near future, the EU needs to invest heavily in a credible enlargement policy. For the new legislative term, the EU furthermore needs to redefine its role in the facilitation of peace talks and agreements, peacekeeping and peace-enforcement. It finally should develop a tangible strategy on how to maximise its impact when using funds for civilian conflict prevention, peacebuilding and mediation. Besides this, it is also high time to double or even triple financial and human resources for EU civilian conflict prevention.

[1] Disclaimer: This text was prepared by Tobias Heider in his personal capacity. The opinions expressed in this article are the author’s own and do not reflect the view of the Greens/EFA Group in the European Parliament.

[3] The examples of the Ohrid Framework Agreement in Macedonia or the Indonesian Aceh Peace Agreement fit well into what is described as the liberal peace architecture in the writings of Professor Dr. Richmond, who gave a keynote lecture at the EDP co-sponsored event in Erfurt.

[4] The Treaty of Lisbon (2007/C 306/01), amending the Treaty on European Union and the Treaty Establishing the European Community can be found here: https://eur-lex.europa.eu/legal-content/EN/TXT/?uri=celex%3A12007L%2FTXT.

[9] More information on the European Peace Facility can be found in the ‘Proposal of the High Representative of the Union for Foreign Affairs and Security Policy, with the support of the Commission, to the Council’ (HR(2018) 94): http://data.consilium.europa.eu/doc/document/ST-9736-2018-INIT/en/pdf.

[10] For the entire statementof the Committee, please click here: https://www.nobelprize.org/prizes/peace/2012/summary/. 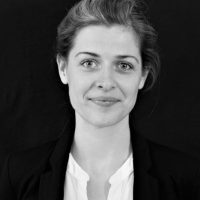 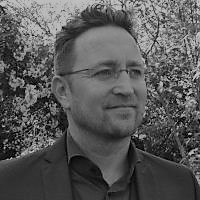