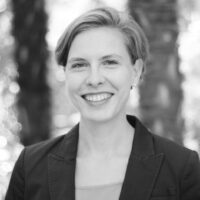 In her book “The Credibility Challenge: How Democracy Aid Influences Election Violence”, published by Cornell University Press in 2019, Inken develops and tests a theory of how international organizations can influence election violence by changing election credibility. Furthermore, her research is published in International Studies Quarterly, British Journal of Political Science, Journal of Peace Research, Review of International Organizations, and Cornell University Press.

Inken received her Ph.D. in International Relations, Methodology, and Comparative Politics at UW-Madison; she also spent a year at Duke University. Originally from Berlin, she received a Postdoctoral research fellowship and previously an M.A. at Freie Universität Berlin, and worked at the Berlin Social Science Center. She has been a research fellow at the European University Institute in Florence, at the International Foundation for Electoral Systems (IFES) in Washington, D.C., and a consultant at the U.S. Institute of Peace (USIP).

Read more about Inken von Borzyskowski on her personal website and her UCL profile.