There is a general assumption in democracy promotion that liberal democracy is the panacea that will solve all political and economic problems faced by developing countries. The article looks at the issue of inclusivity of recipients of democracy promotion in the negotiation of what democracy means and what it is supposed to deliver: the “good society”. Referring to the range of issues open to negotiations in the context of democracy promotion, Bridoux’s contribution focuses on normative premises that shape interactions in democracy promotion. The “good society” is understood as some particular social conceptions of the good and is revolved around a core of substantive, particularistic values which should not be imposed by the state but emerge from the moral stance of society stemming from a “shared moral dialogue.” Whatever the value-commitment a society formulates, what matters is that these specific values constitute what society identifies as essential for its well-being. The “good society” is not unified and varies from one country to another. There are thus many formulations of what a “good society” entails.

Issues on negotiation table: the non-negotiation of democratic knowledge and the “good society”

In the first section, Bridoux contrasts US and Tunisian discourses on the “good society” by analysing Obama administration’s speeches, policies and reports from 2007 to 2014 on the one side and knowledge claims and expectations about democracy made by Tunisians since 2012 based on focus groups reports as well as his own fieldwork on the other. Here, Bridoux finds a relevant space in which contested notions of democracy come into play due to the extensive US support to the process of democratization in Tunisia.

In the second section, Bridoux briefly reviews the literature on modernization theory and the transition paradigm and then claims that the source of the discrepancy identified in the first section resides precisely in the domination of such paradigms in development aid communities, and more particularly in democracy promotion. This domination translates into the adoption of neoliberal practices that reduce democracy promotion to a depoliticized technical agenda seeking to implement donors’ model of democracy. Current democracy promotion practices, ensconced in neoliberal parameters, do not lead to a genuine empowerment of recipients through a mutual acceptance of respective knowledge claims made about democracy and value-commitments to a “good society”. Such a conclusion is problematic when considering the potential for negotiation between democracy promoters and recipients about the meaning of democracy.

Then, he presents evidence that the conception of the “good society” is deeply rooted in aforementioned neoliberal parameters, a dominant priority in Western societies that leaves no room for democracy promotion recipients to be able to alter the conception of the “good society”. Positivism and quantitative methods are embedded in all attempts to generate knowledge that is needed to maximize the neoliberal zeitgeist. In contrast to classical liberalism and its focus on exchange as organising principle of economic activity, neoliberalism places the principle of competition at the centre of all social and political relations. Competition requires measuring, assessing, and ranking; and is thus reliant on quantitative analysis.

In the US case, Bridoux illustrates that the dominance of neoliberal practices in knowledge production is, amongst other, reflected in the procurement rules of USAID where competition, as regulatory mechanism, creates a bias in the attribution of contracts. The article argues that USAID partners, due to its competitive logic, must bow to efficiency principles that will ensure the best return on investment for USAID. Therefore, USAID condition the way private actors of democracy promotion offer their services according to the laws of the market. Moreover, Bridoux points out that, according to USAID, reforming host country systems in order to raise the efficiency of development is required. This procedure might strengthen sustainability and develop capacity but will also facilitate the opening of local markets to economic globalization. These neoliberal governmental practices, which are deeply embedded within the structures of democracy promotion, result in the adoption of a business-driven approach that does not widen the pool of recipients of democracy aid and does not allow for greater local ownership either. Instead, with these practices, democracy promotion does not open itself to the contestation of liberal democracy and free market economy. Bridoux concludes that US democracy promotion practices make rhetorical agreements – on the basis of a “good society” and its focus on socio-economic justice – irrelevant and recipients’ knowledge claims about “good society” invisible.

The desirable outcome: “democratic emergence” and the alternative pathway to the “good society”

Consequently, in the third section, Bridoux advocates a paradigmatic change in form of a reflective pathway to a negotiated democratic knowledge, as the problems mentioned above are not agential, but structural. Democracy aid community and its recipients must speak the same language of democracy if democratization is to be successful and if the “good society” is to be viable. Current democracy promotion practices do not lead to a genuine empowerment of recipients through a mutual acceptance of respective knowledge claims made about democracy. Hence, Bridoux suggests the abandonment of the transition paradigm and reconstruction of new structures of democratic knowledge with the aim of rejecting the dominance of neoliberal practices and pluralizing local democratic knowledge.

Inspired by Sadiki’s work on the need for a “democratic knowledge turn” in the Arab world, the article emphasises the focus on situated knowledge in the MENA context rather than a liberal understanding regarding democratization. A focus on situated knowledge is deeply influenced by the language, history, culture and social imaginaries of a certain society. Only then, Bridoux argues, can Arabs engage democracy and democratization reflexively. This radical progression, indeed, would shift the power away from Western practices. The question is whether democracy promoters are ready to contribute to the emergence of alternative concepts of the “good society”. 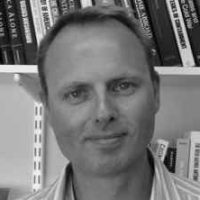