Nick Bouchet is a non-resident research fellow at the German Marshall Fund specializing in US foreign policy, democratization and democracy promotion. Currently, Nick is a guest researcher at the Peace Research Institute Frankfurt. In this EDP wire contribution, Nick discusses the Trump administration’s linking of democracy support to the pursuit of US security goals and the potential damage this could do the fledgling efforts at a collective democracy-building.

For at least a decade, the worldwide prospects for democracy have dimmed. And with the likes of China and Russia apparently on a geopolitical roll, it is important that not only the world’s leading power is committed to democracy building, but also that democratic countries of all sizes band together in this task. Since Donald Trump became president of the United States, there have been many signs that his administration does not want to have anything to do with democracy issues abroad. But, unexpectedly, there has been some evidence in recent weeks that it might just be thinking about this after all. However, this also came with indications that the Trump administration might consider doing so in a way that would be extremely counterproductive – that is, by binding democracy support back tightly to the pursuit of very specific and controversial US security goals through regime change.

In September, the United States hosted the ministerial meeting of the Community of Democracies (CoD) in Washington. The meeting of this barely known grouping of older and newer democracies devoted exclusively to supporting together democratic progress would have been a signature foreign-policy event had Hillary Clinton been president. Instead it was a low-profile affair. It had been uncertain what commitment, if any, the Trump administration would make to the CoD, and it was only at the last minute that Secretary of State Rex Tillerson confirmed that he would host the event.

That the meeting took place at all was somewhat reassuring to those who criticize Trump and Tillerson for their failure to speak about democracy abroad. The secretary of state’s speech at the meeting contained boilerplate language about the importance of democracy and no indication of his, or the president’s, commitment to democracy building, but it was still welcome in the context of the Trump presidency so far. Also reassuring, it was revealed that Tillerson’s much criticized efforts to reform the State Department would not include eliminating its Bureau of Democracy, Human Rights and Labor. It is also rumoured that the redrafting of the State Department’s mission will not remove mentions of democracy as had been initially reported. These pieces of news might give democracy advocates at least a sliver of hope about the Trump administration.

What was notable in Tillerson’s speech, however, was the emphasis on security and terrorism concerns, especially with regard to North Korea and Iran. There is nothing new in US officials claiming the usefulness of democracy in making the world (and America) safer. But in the context of an administration that has showed no senior-level interest in democracy support to date, this hints at the possibility it will develop one by seeing it as a tool to undermine hostile regimes. Perhaps not coincidentally, the notion of ‘regime change’ has on occasion reared its head in Washington in recent months with regard to Iran and North Korea. That Venezuela is one other country Tillerson highlighted in his speech is another sign that the administration might only see democracy as worth caring about where regimes are opponents of the United States. Interestingly, Tillerson did not criticize Russia’s political situation, though he did call it out for meddling in democratic elections abroad (unsurprisingly, he made no direct mention of its interference in the 2016 US presidential election).

Tillerson’s words were clearly a coordinated foretaste of what Trump said in his speech at the UN General Assembly a few days later. The president spoke of the threat posed by ‘authoritarian powers [that] seek to collapse the values, the systems, and alliances that prevented conflict and tilted the world toward freedom since World War II’. He devoted considerable sections of his address to targeting rogue regimes, specifically North Korea, Iran, Cuba and Venezuela. All this was very reminiscent of George W. Bush ‘axis of evil’, here labelled ‘the wicked few’.

This poses a dilemma for those who want a US government acting on behalf of democracy, and engaging with other governments to do so. It would be hugely harmful if the Trump administration’s engagement with like-minded democracy-supporting partners and international democracy bodies like the CoD was along the lines of an idea floated at the height of the Bush administration’s ‘freedom agenda’, namely that of a global grouping of democracies that would help America pursue its geopolitical goals. Besides the fact that most other democracies showed no appetite for this at the time, and that there is even less of it today, this is exactly what would do most damage to the fledgling efforts at a collective democracy-building. It is easy to dismiss the low-key, gradualist work of organizations like the CoD as not bold enough; yet, in the current global climate, rather than a coalition of democracies, the world could use a coalition for democracy. The Trump administration can still make America a major participant in such efforts; it also can kill them by trying to use them as a tool for targeting regimes hostile to the United States. 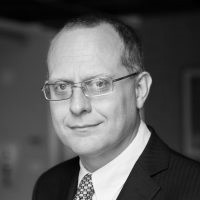