This post was originally published on September, 19 2016 in the Current Column of the German Development Institute. The article can also be accessed in German.

In the Agenda 2030 with its global goals for sustainable development (Sustainable Development Goals, SDGs) the international community has made an attempt to define universal governance standards. The Goal 16 – which promotes “effective, accountable and inclusive institutions at all levels” as well as “participative decision making” – has the potential to develop as a useful guideline for international interaction with political regimes of all colours.

From “Good Governance” to SDG 16

For a long period of time there was no generally-applicable standard according to which state policy processes could be measured, only at regional level, such as in the African Union. International policy primarily uses the terms governance and good governance in the promotion of democracy or in the debate regarding the provision of public goods. The underlying idea here was, on the one hand, that specific principles such as the universality of human rights or accountability are supported. However, no prefabricated policy models were to be promoted (“no blueprints”). On the other hand, the promotion of governance aimed to ensure that these public goods, such as healthcare, education or environmental protection, were to be provided by both state and non-state – in particular, private sector – actors. This focus on public-private partnerships helped to avoid discussion of universally-applicable standards regarding the political process and institutions.

Whilst the general idea of public-private partnerships is reinforced by SDG 17 (multi-stakeholder co-operation), SDG 16 explicitly deals with how state institutions and political processes should be organised. With this, SDG 16 extends beyond the idea of good governance and refers directly to the manner in which political processes should be formed. SDG 16 states that (political) institutions “at all levels” should function “effectively, accountably and inclusively”, and that decision-making should be “participative”. Consequently, two key dimensions of political systems (institutions and processes) are addressed directly. With this, SDG 16 offers a basis for international action with regard to national political orders, i.e. also for dealing with authoritarian regimes.

The basis for an international response to autocratic governments via the SDGs stands – albeit on unsteady legs. Because the key terms of “effective, accountable and inclusive institutions” and “participative decision-making at all levels” are open to interpretation. This ambiguity is not a disadvantage per se, as it opens up the possibility of taking into consideration different cultures and historic traditions without sacrificing the underlying principles – which are expressed in the adjectives. Whether a participative process best occurs via municipal elections or direct democracy in the form of the staging of public discussions with consensus finding is of secondary importance – so long as all people can participate in as non-discriminatory a manner as possible. All political actors – including civil society – are now called upon to translate the principles laid down in SDG 16 into specific policies. This cannot realistically be expected of authoritarian governments. It is therefore all the more important for governance promotion to explicitly ask how an opening up of political institutions in authoritarian contexts can be achieved on the basis of SDG 16.

If values such as democracy, constitutional legality and human rights are not to be betrayed in German foreign and development policy, a balancing act needs to be achieved: on the one hand, policy strategies must be open for the locally and culturally-shaped interpretation of the governance principles. On the other hand, they must recognise where these principles reinforce injustice, arbitrariness and exploitation instead of decreasing them. On the basis of this realisation support can be given to those local forces that actually promote effective, accountable and inclusive institutions.

The SDG 16 therefore does not represent a clear frame of reference for a decisive and conflictual transition to the global introduction of democracy. However, it sets a substantial objective that can be adapted locally and whose achievement can be supported internationally. It encourages the intensive analysis of conditions, the balancing of legitimate interests and the avoidance of drawing hasty consequences. For example, the tackling of religiously-motivated parallel structures through the democratically-elected government in Turkey would not be condemned from the start – as it might be undertaken in accordance with the rule of law (“accountable institutions”). 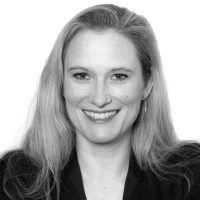 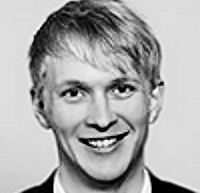