In this EDP wire contribution Solveig Richter, Juniorprofessor for International Conflict Management at the Willy Brandt School of Public Policy and EDP member, answers the question ‘What are the current political and societal challenges in Colombia after the presidential elections regarding the peace process, and what is the population expecting from the incoming government?’. Solveig – in cooperation with MPP student Laura Camila Barrios Sabogal – has implemented a research project on the implications of the recent parliamentary and presidential elections on the peace process in Colombia, which was financially supported by the Thyssen foundation.

The very first challenge is to overcome the dramatic loss of the „Cafeteros“ in the match against England during the World Cup – the loss is a pity, further participation in the cup might have rallied all Colombians behind the common flag for a while. However, the joint team spirit cannot gloss over the fact that the country still has a long way to go until all parts of the population can profit from a fully peaceful coexistence. It is indicative for a more than disturbing trend that, during the Colombian match, another two social leaders (so-called líderes sociales) were assassinated in the countryside. The peace agreement, which was signed in 2016 with the largest insurgency group, the FARC, has brought an end to the armed conflict. However, the implementation of comprehensive social, political and economic reforms, which were foreseen by the agreement e.g. regarding the distribution of land, is only slowly moving forward. In addition, state security forces were not able to fill the security vacuum in rural areas, which were left behind by the demobilization of the FARC and which is now increasingly used by dispersed armed groups, e.g. drug gangs or paramilitary groups, to spread fear and violence. In consequence, the atmosphere after the parliamentary and presidential elections is rather ambiguous. Though it would be mere speculation to carve out clear pathways for the future, we are nevertheless able to identify some scenarios.

On a positive note, the elections were the most peaceful ones in the recent history of Colombia, notably at the local level, where electoral campaigns had usually been accompanied by violent attacks on the political opponents or the population in the past. In addition, all political actors stuck to the “the rules of the game” of democratic elections and thus accepted the outcome of the vote. Even the political party FARC, newly founded in 2017, recognizes Ivan Duque as the new president of the country and has called upon him for cooperation and collaboration. Duque, who will take office in early August, is a conservative politician supported by the Centro Democratico and former president Álvaro Uribe. Though he signaled a general commitment to peace in the country, he already announced his intention to make major modifications to the peace agreement with the FARC. Voters of Duque support his neoliberal model of economic development and expect him to strengthen the security policy in the country, for example by taking a tougher approach in the fight against drug cartels and starting a military offensive against the ELN, the remaining insurgent group. Duque was also able to assure the support by those parts of the society who oppose the concessions made to the FARC and criticize, among other things, the exclusion of prison sentences for war crimes and human rights violations committed by members of the FARC during the armed conflict.

If Duque is able and willing to implement his rhetorical commitment for peace, or if he will pay only lip service, depends largely on the role of interest groups behind him, given the fact that he still is a young and unexperienced politician. Notably, it is yet to see who will form the nucleus of decision-making power in the new government and how influential the former president and spin-doctor Uribe, who is very much feared by the FARC, or institutions with vested interests such as the military, will become. First initial steps, such as Duque’s announcement to resume the forced eradication of coca crops by aerial fumigation or the reduction of competences of the special jurisdiction for peace, the JEP, have already increased the uncertainty about the fate of the peace agreement in the country. Proponents of the deal fear a reversal of some reform commitments of the comprehensive agreement, such as point 1 on rural development, in the best-case scenario. In the worst case, they even fear that the incoming government’s policy might lead to a complete reversal of the reforms, e.g. by pushing for a new referendum, up to a failure of the whole peace process. Indeed, security guarantees and the credibility that the government is not cheating them and sticks to the promises made, are crucial preconditions for the former rebel group to proceed with the reintegration process. An increasing number of FARC fighters have been joining dissident groups in the last months – despite (or because) of military strikes against the dissidents. If the incoming government considerably changes the agreement, notably enabling prison sentences for former fighters, it is a realistic scenario that even some of the core leaders of the FARC party may denounce their commitment to the peace process and call their ranks and files to take up arms again. In short: It is to be hoped that the change in governmental authorities – a more than usual proceeding in democracies – does not, in the short term, undermine the peace process in a country that requires a long-term perspective for its implementation. 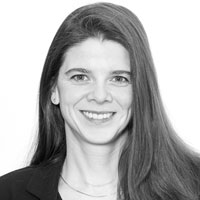