Democracy promotion has been at the core of US foreign policy strategy since the end of the Cold War, when it became a cornerstone of the National Security Strategy. Democracy promotion, according to the widely shared and regularly articulated conviction in the foreign policy elite, would bring numerous economic, security, and normative benefits for everyone involved and is also the morally right thing to do. While the (until recently) unquestioned rhetorical commitment to democracy promotion delimits what is considered normatively appropriate foreign policy behavior for the declared ‘champion of democracy’ and while this policy has an important function for generating consensus and affirming national identity, democracy promotion practice has always lagged far behind the rhetoric.[1] After over one year in office, it has become clear that presidential candidate Trump’s lack of interest in and disdain for democracy promotion has indeed persisted in office. His secretaries of state so far have also not been inclined to assume leadership on behalf of democracy. Considering that President Trump has vowed to cut democracy promotion efforts on all fronts, the signs point towards significant changes to democracy promotion strategically and operationally. In terms of budgetary changes, for example, Trump has attempted significant cutbacks – which have, however, so far been successfully averted by Congress.[2] And while he has already severely damaged US credibility as ‘democracy promoter in chief,’ it is not yet clear how much the overall policy, which is borne by numerous agencies and actors inside and outside the government (‘US democracy promotion industry’), will be affected.

It is certainly not the Trump administration that is responsible for the trouble that US democracy promotion is in. US democracy promotion has been challenged on different fronts for two decades now. Beyond the challenges identified in the introduction to this report, two things need to be considered for the United States specifically: (1) US credibility as the democracy promoter on the world stage has suffered severely over the past two decades. Selective and often halfhearted engagement for democracy abroad as well as President Bush’s labeling of US interventions in Afghanistan and Iraq as democracy promotion have tarnished the policy in the eyes of many observers. Perhaps just as important, internal developments – the curtailment of basic rights, the use of torture, the sometimes chaotic US political process that puts democratic institutions in doubt – have contributed to a dimming of the American torch of democracy. Moreover, (2) isolationist tendencies, always simmering in the background in the political process, as well as the notion that democracy promotion is irrelevant for US “hard interests” has found a new outlet in the Trump administration.

President Trump is deepening these troubles but, overall, his administration should be viewed less as a cause but more as a symptom of the problems democracy (promotion) is facing. From the perspective of those favoring active engagement on behalf of democracy worldwide, the list of grievances is long: from the beginning of his candidacy, Trump has questioned the premises of democracy promotion that have reliably shaped US post-Cold War thinking on this policy. Most prominently, Trump criticized US foreign policy as being based on “the dangerous idea that we could make Western democracies out of countries that had no experience or interest in becoming a Western democracy,” thus giving rise to a policy that was arrogant, illogical, and has contributed to strengthening ISIS.[3] Highly unconventional for an American president (to be), Trump openly questioned democracy’s universal appeal.[4] He also repeatedly pointed out that the United States was a bad messenger as its own democracy had derailed.[5] It was no surprise then when the president, once in office, made no senior-level appointments of people with a clear pro-democracy record, or when he and his Secretary of State tried to slash the budget for democracy and governance – so far with little success.[6]

Trump clearly represents a low point for US credibility on the matter of democracy. His openly expressed doubts about democratic institutions, his hesitance in unequivocally distancing himself from violence, his attacks on independent media, and his willing and open (rhetorical) embrace of authoritarian leaders have yielded comparisons with an authoritarian style.[7] Trump’s openly expressed racism and sexism and his defaming of entire populations and the religion of Islam have further clouded the image of a potentially shining example of democratic leadership. Moreover, with very few exceptions, he and his team have avoided talking about democracy (promotion) and human rights whenever possible, most prominently in the recent National Security Strategy. These seemingly minor issues are far from irrelevant. Autocratic leaders as well as pro-democracy activists all over the world are reading the signs and are adjusting their behavior accordingly. Increasingly repressive governments as diverse as Cambodia, Egypt, Honduras, and Hungary have felt emboldened by the new administration’s reservations in connection with democracy and have stepped up anti-democratic rhetoric and, in part, also anti-democratic measures.[8]

It is possible that the administration intends to reframe democracy promotion as a strategic tool against US “enemies,” thus using it to target hostile autocratic regimes in order to effect regime change.[11] This would build on the current tendency to more or less openly use democracy promotion – if addressed at all – for the pursuance of hard interests, especially security and counterterrorism. The administration might yet revive this ‘radical’ and highly controversial dimension of President Bush’s Freedom Agenda.[12] It is also noteworthy that, in specific instances, democracy and human rights are still being used as policy lever; for example and to the surprise of many observers, the Trump administration recently withheld a significant amount of promised foreign aid to Egypt, citing the country’s poor human rights record as one reason.[13]

Overall, this means that the champion of democracy has become a wobbly candidate. With top level rhetorical support basically nonexistent, it is unclear how well lower-level democracy promotion efforts can continue – but continue, in one form or another, they will. What does this probably mean for US democracy promotion policy as well as for international democracy promotion actors? Should the administration maintain its lack of interest in and even disdain for democracy promotion in general, this would bode ill for US democracy promotion as we know it. That, however, may not be an exclusively negative development. Inasmuch as this policy can be regarded as mostly a farce anyway, it might be argued that the Trump administration is now at least closing the gap between “words” and “deeds” in this already much criticized policy area, and that US democracy promotion has done much harm anyway – in light of its narrow conception and often a-political/uncritical foundations. Revisiting these foundations and becoming more open to democracy’s diverse faces would certainly do the whole policy endeavor some good – but is not to be expected from the new administration and instead will have to come from more operational actors. Restoring US credibility and “living by example” as much as that is possible is certainly good advice. More importantly, the United States should refrain from too closely linking the policy to counterterrorism in general and avoid labeling any military action as democracy promotion in particular.

Other pro-democracy actors should become accustomed to the lack of vocal US government support – and, ideally, use this to their own advantage. There is a chance to fill the existing vacuum, ideally by offering less top-down, more genuinely demand-driven support. Currently, other state actors do not seem to be eager to fill this void. The future in this regard might indeed belong to smaller, non-governmental entities, perhaps even new organizational forms. A focus on low-key, small-scale efforts carried out in a cooperative manner seems to be the way forward. Should the United States indeed attempt to turn democracy promotion into a strategy against what it considers problematic authoritarian regimes, international actors should try to oppose that in order to avoid further harm to democracy promotion in general. In either case, pro-democratic actors need to realign, but the US should not take the vocal or visible lead. 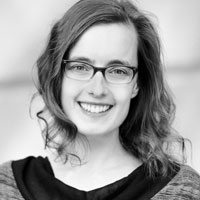