The contributions included in this special issue focus on the domestic elites, their preferences and motivations, as well as their perceptions of and their reactions to external interference.  Empirical evidence is taken from the universe of cases of international peace-building missions (Zürcher) and case studies from different world regions, namely Guatemala (Zimmermann), Mozambique (Bunk), and Kosovo (Groß).

The special issue’s analytical framework for the study of domestic elites and external actors addresses the question of how to identify relevant domestic elites in externally induced or monitored state-building and democratisation processes, explores the dynamics of external-domestic interactions, and identifies the impact of those interactions on the outcomes of post-conflict democratisation. The analyses find that the patterns of external-internal interactions have an impact on the trajectory of state-building and democracy promotion efforts.

Identification of relevant domestic elites: Domestic elites play an important role in post-conflict state-building and democracy promotion. The majority of studies in these fields have focused on external contributions, investigating the mandates and internal functioning of democracy-promoting organisations and their field missions, but rarely systematically included the domestic side of post-conflict democratisation in target countries. The special issue deepens the elite-theoretical component of inquiry from the perspective of post-conflict studies by showing how to identify relevant domestic elites while avoiding too simple dichotomies like ‘elites versus masses’ that pervade democratisation research.

Impact of external-domestic interactions: Another principal research challenge is to identify how and to what extent external-domestic interactions influence the outcomes of post-conflict democratisation. Both external and domestic actors influence post-conflict democratisation, although their preferences on what should be achieved do not necessarily coincide. As a consequence of negotiations between external actors and domestic elites, reform proposals are changed and adapted to local contexts. Whether externally demanded democratic norms and institutions are appropriated, conditionally endorsed, challenged or rejected by domestic elites has an impact on democratisation trajectories. All contributions suggest that interaction dynamics might compromise state-building and democratisation. As a result, international peace-building missions rarely lead to prosperous democracy. Even worse, external actors might (albeit unintendedly) increase peace-building complexities at the local level, or contribute to the consolidation of neo-patrimonial behaviour on the part of domestic actors at the state and sub-state levels. In turn, when external actors take domestic actors’ preferences and concerns seriously, they are more effective in promoting democracy and the rule of law.

including the following contributions:

Christoph Zürcher: A theory of democratisation through peace-building

Lisbeth Zimmermann: On our terms! How domestic elites localised the International Commission Against Impunity in Guatemala 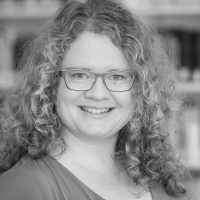 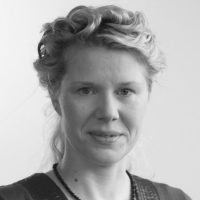