This EDP Wire contribution briefly summarizes the PRIF Report “Preventing Civic Space Restrictions. An Exploratory Study of Successful Resistance Against NGO Laws” by Jana Baldus, Nora Berger-Kern, Fabian Hetz, Annika Elena Poppe, and Jonas Wolff. The report analyzes four cases (Azerbaijan, Kenya, Kyrgyzstan and Zambia) in which governmental attempts to adopt restrictive NGO laws have been frustrated, aborted or, at least, significantly mitigated as a consequence of domestic and/or international resistance. It then identifies conditions and dynamics that help understand successful resistance against legal civic space restrictions. This report was written in the context of two research networks: The German research network “External Democracy Promotion”, which between May 2015 and April 2019 was generously funded by the Leibniz Association, as well as the International Consortium on Closing Civic Space (iCon). The entire report is available online as open access.

Since the turn of the century, civil society organizations (CSOs) in many countries around the world have been confronted with increasing restrictions, if not outright repression. In recent years, civil society activists, politicians and researchers have started to discuss how local CSOs, foreign governments, international organizations, and transnational civil society networks can, do and should respond to this phenomenon of shrinking civic spaces. Existing studies tackling this question largely focus on strategies of adaptation: How can local civil society organizations survive in increasingly difficult contexts, better protect themselves against state restrictions, reduce their vulnerability to governmental attempts at delegitimization, and adjust their “business model” to foreign funding restrictions – and what can external actors and international alliances do to support such strategies?[1]

This report, in contrast, contributes to this debate by studying strategies aimed at preventing the shrinking of civic space. It does so by looking at four successful cases of resistance against so-called NGO laws: Azerbaijan (2009), Kenya (2013–2016), Kyrgyzstan (2013–2014), and Zambia (2009–2014). In these cases, attempts by governments to increase legal restrictions on CSOs were frustrated, aborted or, at least, significantly mitigated as a consequence of domestic resistance, supported (to varying degrees) by external actors.[2] The report analyzes and compares these four cases in order to identify conditions and dynamics that contribute to understanding successful resistance.

The cases were selected because (a) resistance to restrictive legal initiatives was clearly successful, at least in the short term, and (b) they represent two particularly important regions when it comes to the issue of shrinking civic space (Sub-Saharan Africa and the post-Soviet space). (c) Two cases from each of these regions have been included so that the set of cases is not too diverse. Finally (d), these four cases also represent different ways in which resistance against legal restrictions can be successful: In the cases of Kenya and Kyrgyzstan the adoption of legal restrictions was prevented; in Azerbaijan, planned legal restrictions were significantly softened; and in Zambia, a new NGO law was effectively suspended after being adopted.

Brief overview over the four cases

Comparison and findings of the four cases

In all four cases, a strong domestic campaign was a crucial element of successful resistance to restrictive NGO laws. In the campaigns against NGO laws studied here, this domestic resistance did not take the form of mass protests, but instead was driven by organized civil society groups, coordinated and led by the NGOs that would potentially be affected. Still, broad and relatively united alliances of NGOs in all cases went beyond the specific subset of human rights and advocacy organizations and also included the usually far larger group of NGOs engaged in social service delivery as well as, in part, other non-governmental actors (such as trade unions, business associations and/or private media).

In terms of strategy, these alliances combined a general advocacy and awareness-raising campaign with targeted lobbying efforts. The role of external actors was more limited and varied, even if some form of support provided to the domestic resistance from the outside was relevant in all four cases. In the African cases, observable international pressure was absent but external actors publicly supported the arguments put forward by the domestic campaign (Kenya) or helped to mediate between the NGOs and the government (Zambia). In the Central Asian cases, international criticism was more important and also included some pressure. Of particular relevance were regional organizations such as the Council of Europe (Azerbaijan) and the OSCE (Kyrgyzstan).

Regarding the counter-narratives put forward, the most successful arguments were those that were tied to tangible negative consequences of the (planned) legal restrictions. This is very clear in the case of Kenya, where emphasis was placed on potentially massive negative socioeconomic consequences; but similar claims were also important in Kyrgyzstan. In Azerbaijan, the negative consequences concerned the international impact (the country’s integration with “the West”). In notable contrast to the global discourse on shrinking civic spaces, general references to universal human rights standards were mostly absent from the domestic campaigns studied here.

Finally, the case studies underline that successful resistance is also dependent on the political context in the countries involved. In none of the four cases did domestic resistance have to confront a closed autocratic regime but was able to make use of at least a certain degree of civic space and political access. This applies in particular to three of the four cases (Kenya, Kyrgyzstan, and Zambia), in which relatively open political systems provided the domestic campaigns with space and access, enabling the lobbying of members of parliaments and/or judicial appeals. In the case of Azerbaijan, the study suggests that a greater degree of regime closure and CSO repression was at least partially offset by a relatively facilitatory international environment.

This report takes a first step towards furthering our knowledge on the factors and dynamics that characterize the successful prevention of legal CSO restrictions. Its findings, however, should be treated with caution. Given that they are based on desk studies of four cases selected precisely because of the observed success of resistance, results will have to be assessed in more in-depth studies as well as in the light of a broader set of cases. Future research should also analyze the limits and potential downsides of successful campaigns against NGO laws. Indeed, circumstantial evidence suggests that they may provoke governments to turn to extralegal measures.

While learning from successful instances of prevention or mitigation of legal civic space restrictions is thus one important step in designing promising responses to shrinking civic spaces, we need to keep in mind the bigger picture – which remains relatively grim in many countries around the world. Still, in the end, this grim situation is precisely the reason why it is so important to study and better understand successful resistance.

[2] This said, this study focuses on successful cases. Given the lack of both empirical and theoretical knowledge on the topic at hand and our expectation that there will be quite different paths to successful resistance, we chose to start by looking at “positive” cases only – instead of comparing successful and failed attempts at resistance. In methodological terms, this implies a “no-variance design” deliberately based on selection in terms of the “dependent variable.” A well-established technique in qualitative, case-oriented research (see Brady/Collier 2004), this implies that the main strategy of causal inference applied here is within-case analysis (within the constraints of relatively brief desk studies). 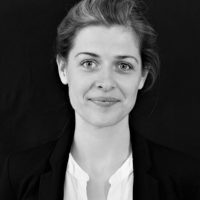