This EDP wire contribution presents a conference report on the 3rd Bridging Gaps Conference that took place from November 10th – 11th 2017 at the University of Erfurt. The conference shed light on the topic “Threats to Liberal Democracies” and aimed to provide future policy-makers with a platform to exchange ideas and discuss policies among like-minded peers. The conference was a joint effort of students of the Willy Brandt School of Public Policy and the Hertie School of Governance and was mainly financed by the Leibniz-funded EDP Network and the Fellows & Friends Program.

The topic “Threats to Liberal Democracies” was chosen as the theme of this year’s conference because recently Europe has seen growing threats to its liberal democratic character. The rise of populism and anti-establishment leaders, increased threats of terrorism, heightened sophistication of online radicalization, and the proliferation of fake news through social media jeopardize these political structures across the continent. Bridging Gaps 2017 aimed to confront each of these threats head on.

Professor Heike Grimm, Director of the Willy Brandt School of Public Policy, opened the conference by delivering a welcome note. This was followed by a key note speech by Mr. Simon Vaut, speech writer at the Federal Foreign Office in Berlin. Mr. Vaut began with a reflection on the ”Kniefall von Warschau“ („Warsaw Genuflection“) of Willy Brandt, the person after whom the Brandt School of Public Policy is named. He pointed out its significance as a remarkable gesture of humility by German Chancellor Willy Brandt towards the victims of the Warsaw Ghetto Uprising in 1943. Using analogies from Germany’s history, Mr. Vaut reminded the audience of the fragility of democracy, pointed towards the rise of populists and highlighted the need for young people and policy-makers to actively take a stand for the establishment and preservation of it.

The second day of the conference kicked off with a panel discussion on the topic of “Challengers of Liberal Democracy: Anti-Democratic Movements and Populism.” The panel discussion was moderated by Dr. Hasnain Bokhari, Assistant Professor at the Chair of Muslim Cultural and Religious History at University of Erfurt. The panelists included Dr. Alina Mungiu Pippidi, Professor of Democracy Studies at the Hertie School of Governance and Chair of the European Research Centre for Anticorruption and State-Building (ERCAS) and Mr. Tyson Barker, Program Direction Digital and Cyber at Aspen Institute Germany and former Senior Advisor to the Assistant Secretary of State for European and Eurasian Affairs at the US State Department in Washington.

The panel addressed the rise of populist and right-wing movements, as well as internal and external threats to liberal democracies. It was argued that economic conditions are one of the factors giving rise to populist and right-wing movements. A feeling of being excluded from the policy-making process could also be attributed to their recent rise. This goes together with a general lack of trust in elites, which are deemed corrupt by populists. In this sense, the panelists argued that the failure to address the problems of the new age of globalism by policy-makers, contributed to the rise of populism. Mr. Barker also pointed out that the rise of the AfD in Germany could be explained by looking at the unequal distribution of gains from globalization in this regard. Even though Germany’s economy is doing well, many people feel that they are not getting a fair share of the pie. Instead, fueling the dissatisfaction with the elites, they see the German government giving billions of euros to the rescue of Greece and since 2015 also to refugees coming to Germany.

On the threats for liberal democracies from outside, the panel agreed that currently China and Russia are the main challengers. China’s development model is appealing to many governments of countries in transition to democracy. It promises fast economic development, however, at the expense of civil liberties and citizen rights. The panelists questioned how stable the Chinese regime really is and what would happen in the case of an economic downturn or even a collapse of China. The panel concluded with some remarks about Russia, for example that Russia’s disinformation and propaganda campaigns have a detrimental effect on the perception of the people in Europe. People come to believe that nothing is true, and anything is possible, creating distrust into public institutions and politicians. Moreover, Russia’s support for anti-democratic movements and populist parties is increasingly undermining the unity of liberal democratic societies in Europe but also in the United States.

After a joint networking lunch, the panel discussion was followed by two rounds of four workshops. The four workshops included a workshop on “TTIP, Economic Populism and Threats to the Liberal World Economic Order” conducted by Dr. Matthias Bauer, Senior Economist at the European Centre for International Political Economy (ECIPE). The relevance of such a workshop on international free trade as a cornerstone of Western democracies could not be higher these days, given that over the past decade, anti-globalization movements have been promoting an economic and cultural populism that is now increasingly prospering in Western democracies.  This has been underpinned by a lot of commentary that suggests that economic freedom and international free trade are the causes of growing inequality, unfair patterns of rewards, and social dislocation.

A second workshop was given by Dr. Alina Mungiu-Pippidi on “State Capture and Democratic Backsliding”. Dr. Mungiu-Pippidi engaged in a very interactive discussion with the students, debating various cases of state capture and democratic backsliding from around the world. The workshop addressed numerous questions, for example: How do the new strongmen manipulate economic resources to advance capture? Why does the judicial power not resist this infringement of the executives and what can be done to reinforce it? Why do democratic constituencies seem so weak, so partisan and so willing to tolerate democratic infringements to defend themselves against what they perceive as threats to their identity and well-being? What do people understand by democratic values these days? What could be done differently or even better by the international community in order to defend democracy across the globe?

These questions are all highly relevant because after the euphoria of democratic transformations at the end of last century, the new one brings with it increasing challenges. One of the most concerning features is the state capture of new democracies by a new generation of strongmen, from Turkey’s Erdoğan to Venezuela’s Maduro. While democratically elected, they advance through a mixed strategy of constitutional manipulation, abuse of majority rule and a rhetoric drawing on nationalism and existential fears. The result, however, is the shrinking of freedom of expression, the repression of dissent and civil society more generally and the growth of illiberal democracy around the world.

A third workshop on “No Hate Speech Movement” was delivered by Mr. Zafar Saydaliev, CEO at Culture Goes Europe, a NGO from Erfurt working in the field of youth work. Mr. Saydaliev delivered a two-part workshop on the No Hate Speech Movement and projects in the field of anti-discrimination and xenophobia which are being implemented and planned by his organization Culture Goes Europe (CGE). In the workshop session Mr. Saydaliev discussed the impact of non-profit organizations on society and on countering populist movements, using several examples from CGE as an NGO in Erfurt/Germany working in this field.

A fourth workshop was conducted by Ms. Licia Bobzien and Mr. Lucas Jerg, two PhD Candidates from the Hertie School of Governance. The title of their workshop was “Gap. Which Gap? — Bridging the Knowledge Gap about Economic Inequality”. The debate on income or wealth inequality within and across societies gained ever greater importance over the last few years — mainly driven by rising income differences within most OECD countries. In the public, the discussion about inequality is narrowed down to pecuniary differences. The broader discussion on which forms of inequalities cumulate (dis)advantages and shape societies are oftentimes neglected. To widen the discussion on the topic of inequality, this workshop gave a brief overview of research on (i) income and wealth inequality, (ii) perceptual aspects of inequality, and (iii) forms of inequality beyond income, i.e. labor market status or life satisfaction.

The Conference was attended by over eighty students at both days, marking a new record attendance after last year’s conference in Berlin and the very first conference in Erfurt in 2015, both of which also attracted a large group of students.

The conference would not have possible without the generous funding by the Leibniz-funded Research Network ‘External Democracy Promotion’ (EDP), the Friends and Fellows Program of the Hertie Stiftung, Hertie Student Association (HSA) and the High Representative Student Council of the University of Erfurt (StuRa), as well as the support provided by the Willy Brandt School of Public Policy and Hertie School of Governance. Without the gracious support of the sponsors and partners, Bridging Gaps 2017 could not have provided students with such a diverse and stimulating conference program.

Julian Untiet has joined the Willy Brandt School of Public Policy as a Master’s Candidate specializing in Conflict Studies and Management in 2016. He holds a BA in International Relations and International Organization from the University of Groningen, the Netherlands. His research interests include German and US foreign policy, good governance, post-conflict peacebuilding, and sustainable development.

Shaheera Syed is a second year Master of Public Policy student majoring in conflict studies at the Willy Brandt School of Public Policy. She has completed her Bachelors in Public Administration from National University of Science and Technology, Pakistan, and has worked for a number of organizations, ranging from World Wide Fund for Nature to the United Nations. She has also written for various newspapers in Pakistan and plans to use her experience here, since she loves writing almost as much as she loves talking about politics. 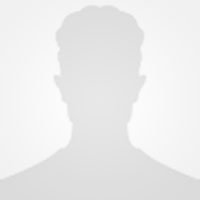